“Give me your tired, your poor, your huddled masses yearning to breathe free.” This is the message our ancestors read as they entered the United States.

Ninety-eight percent of us are descendants of an immigrant. What if your heritage determined whether you were allowed in? What if your culture, your color, your beliefs, your sexuality got you arrested as you landed on Ellis Island or turned away at our borders? The only ones denied entrance were the criminals and the sick, to avoid spreading illness to our young country.

To some, that sounds preposterous. To others, it sounds like history repeating itself. To anyone who is not a white, Anglo-Saxon heterosexual male, America has not always been accepting of you. Women, for centuries, were second-class citizens. No voting rights, owned by their husbands, unable to buy anything of true value (land, for example), and expected to fill a role outlined by her station in life. Today, while women seem to have attained equality, we clearly are not. You need only look at the pay of CEOs of Fortune 500 companies, or the number of them who are male vs. female. Or our highest positions in government. For true equality, remember the definition – Equality is treating everyone the same and can only work if everyone starts from the same place and needs the same help. Equity is giving everyone what they need to be successful.

Our nation was once founded on that principle. Let’s have equitable opportunities for life, liberty, and the pursuit of happiness.

Except that it wasn’t.

As soon as the boats landed, we began killing Native Americans. When we realized how horrible that was, instead, we shoved them onto reservations and said, “Here, we’ll give you a small piece of the land you once roamed freely.”

Our founding fathers owned slaves, sold them for profit, and denied them an education. And when slaves wanted their freedom and tried to escape, they were beaten and often lynched.

Years later when we were appalled at the Nazis’ concentration camps, while we built our own internment camps for the Japanese.

After 9/11, we rounded up thousands of Muslims and shipped many to Guantanamo Bay, guilty until proven innocent. And innocence didn’t always warrant freedom. Then we shocked and awed Iraq, a country that had nothing to do with the 9/11 attacks. We couldn’t. The bin Ladens had decades-long ties to the sitting President’s family. Thanks to the internet, these connections could no longer be hidden. http://listverse.com/2018/01/06/10-bush-bin-laden-connections-that-raised-a-few-eyebrows/

We’re fickle, we’re reactive, and we possess selective memories. For many years, we rejected the sick to prevent the spread of disease. But now? Now, that sickness is brown-skinned hope. Hope for people who once possessed the land we took from them. We are deporting a people who once possessed the very city I’m visiting in California. Mexico once inhabited most of what is now California, New Mexico, and much of Texas. So when people insist we “send them home,” perhaps we should consider what that means. We welcome the wealthy immigrant flying in from Europe, but we push away those walking in chasing the American dream.

Despite our nation’s administration insisting, “Family Separation is necessary because smugglers and gang members are using kids to get into U.S,” those people account for less than 1% of who enter. Empirical evidence supports it – immigrants are less likely to commit crime. Most are who work our shrimp boats, our fields, our factories. One southern Texas family said on Fox News last week, “Without migrant workers, I will struggle to get shrimp boat workers. They work hard, they never miss a day of work, and they fill a necessary need in south Texas.”

When Secretary Nielsen said, “In the last five months, we have a 314% increase in adults and children arriving at the border fraudulently claiming to be a family unit.” While true, contextualize that. That is less than 1% of those who come through our borders. AND let’s put all of this in perspective. There are families who have been here for years, have full-time jobs and yes, they pay taxes. They are raising families, have children going to our schools, and trying to make a better life for themselves. When we spout off to become a citizen the right way, many are doing just that. But it takes years.

So now, we are tearing children away from their mothers and fathers, shipping parents back to Mexico. Border patrol workers are horrified by what they’re being asked to do. One at Falfurrias, Texas said the “zero tolerance” immigration policy makes him feel like a Gestapo officer. 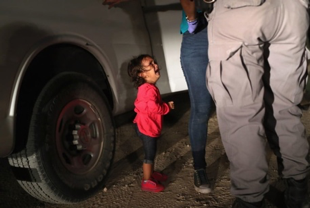 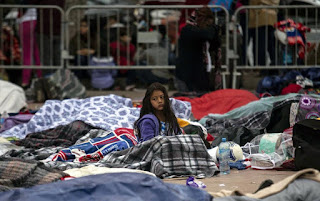 Children sleeping who’ve been taken from their parents.

And the similarity is easy to see. Nearly 12,000 migrant minors are in our care, and images of them being yanked from arms of parents, put into cages, sleeping on the ground…how can we look back at our history and be appalled, when we’re re-creating it? 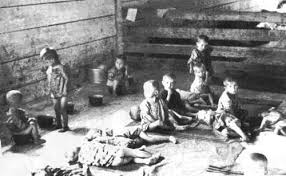 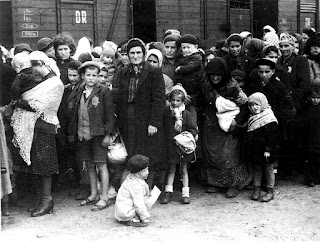 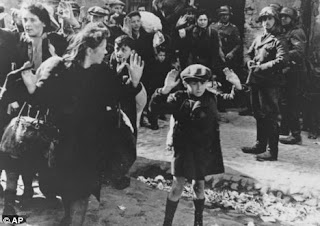 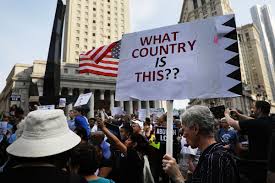 Zero tolerance is not the stance this country was founded on or built believing, even if we didn’t always employ it. Our first presidents were immigrants. And every single American reading this is a descendent of an immigrant, unless you are 100% Native American. It is our American right to be informed, but it is our human responsibility to be educated.

We can still strive for equity, if not equality. When someone is looking for opportunity, what does it mean for us to say no? By taking people who have lived here for years and sending them back to Mexico yet keeping their American-born children, who are we becoming? A nation that builds walls, deports split-apart families, and slams a door on children wanting a better life?

I guess it all depends on which country you’re coming from.